It was a monumental day for America’s trucking industry. The decision handed down by a federal court in Providence yesterday has far-reaching consequences for policymakers across the country. Governors and state legislators take note: any similar, discriminatory schemes targeting the trucking industry can expect a challenge and defeat in court.

We told Rhode Island’s leaders that their truck-only toll scheme called RhodeWorks was unconstitutional when they first unveiled it back in 2016. We told them we would sue. They didn’t listen to us then, but they can’t ignore what the judge has to say now. The trucking industry — the millions of hardworking men and women who keep this economy rolling — cannot be shaken down by politicians looking for a quick fix to their budget shortfalls. Doing so violates the Constitution’s Commerce Clause and impedes our ability to keep the supply chain moving as we meet this nation’s growing freight demands. We’re not your slush fund—we are your economic lifeline. 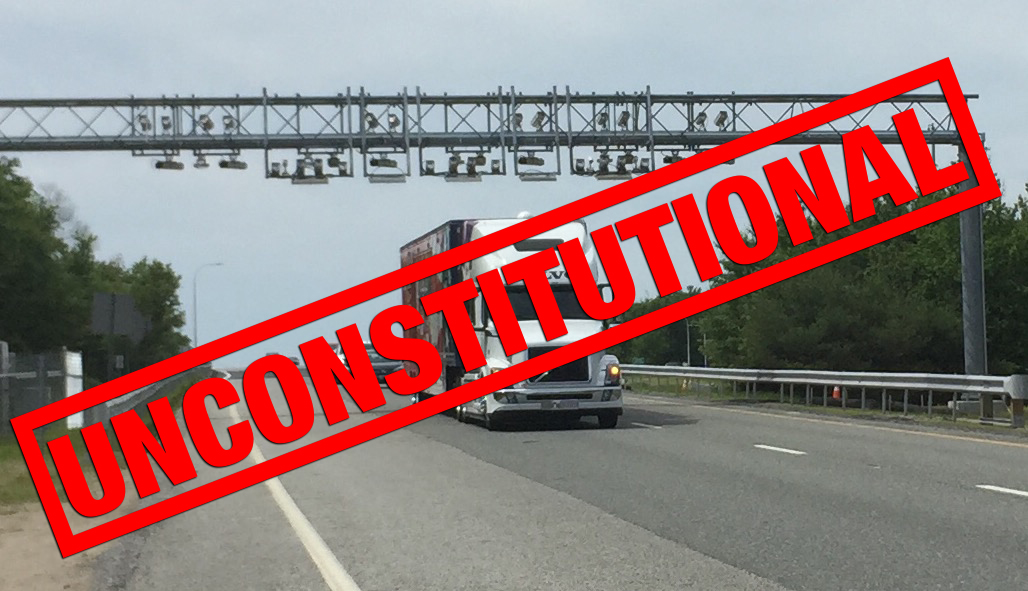 That’s as true in the Ocean State as it is in Connecticut, New York, Indiana, Texas or Wyoming. Some states across the country have considered similar truck-only schemes, while others waited to see the outcome of the American Trucking Associations’ lawsuit against Rhode Island. Well, the wait is over, and that decision should reverberate loudly in state houses from coast to coast.

If you try to target America’s trucking industry, we will respond with the force of the facts. Let ATA be clear: Trucks are not money-filled piñatas — they most central and critical link in the U.S. supply chain. If anyone's gonna be holding the stick, it's us.

A federal judge has struck down as unconstitutional a truck tolling plan by the Rhode Island Department of Transportation that was challenged in a lawsuit by American Trucking Associations as specifically aimed at motor carriers traveling through the state.

“Because RhodeWorks fails to fairly apportion its tolls among bridge users based on a fair approximation of their use of the bridges, [it] was enacted with a discriminatory purpose, and is discriminatory in effect, the statute’s tolling regime is unconstitutional under the dormant Commerce Clause of the United States Constitution,” wrote District Judge William Smith in a Sept. 21 ruling.

“Plaintiffs’ request for a permanent injunction is granted, and RhodeWorks tolling system is enjoined.”

ATA Present Chris Spear said in response to the ruling: “We told Rhode Island’s leaders from the start that their crazy scheme was not only discriminatory, but illegal.”

He added: “We’re pleased the court agreed. To any state looking to target our industry, you better bring your A-game … because we’re not rolling over.”

Our industry operates over the road for good reason: to safely and efficiently move the essential goods that everyone needs and relies on in daily life. Trying to tap interstate commerce like some flick-of-the-switch revenue source runs afoul of the law, is poor politics, and even worse policy. More than 80% of Rhode Island communities depend exclusively on trucks for their daily needs. Had their elected state officials prevailed, they would have paid even more for what they need. Trying explaining that to the voters amidst 40-year inflationary highs.

"Governors and state legislators take note: any similar, discriminatory schemes targeting the trucking industry can expect a challenge and defeat in court."

Messing with our industry delivers direct consequences. ATA is a national federation with affiliates in all 50 states. Thanks to the leadership of Chris Maxwell at the Rhode Island Trucking Association, we once again showed the power of our federation, comprised of more than 34,000 motor carriers, moving and storage companies, and trucking suppliers.

That strength, on full display this week, is what stands before our industry’s ability to make a living and more short-sighted, threatening policies like RhodeWorks. We stand ready to stop any others that mistakenly come our way.