A vehicle miles traveled tax could be the future of our Highway Trust Fund. But getting there will take time, careful planning and wise leadership. 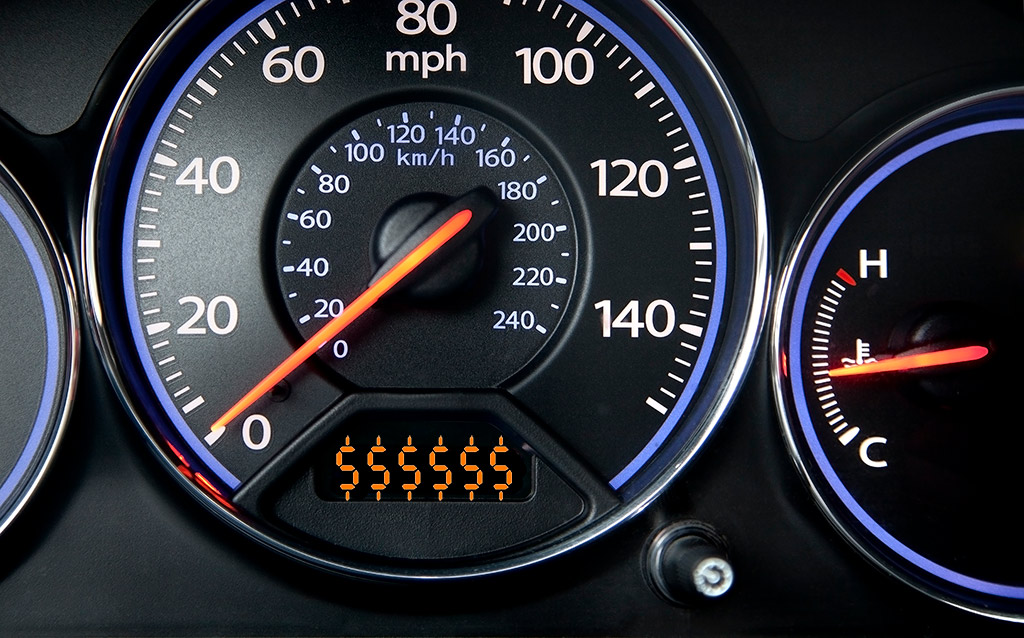 With Washington now channeling its energy toward infrastructure legislation, the policy discussions on Capitol Hill will ultimately be driven by the question of funding. How do we cover dire and urgent maintenance costs in the short-term and also settle on a long-term funding mechanism that is both equitable and sustainable?

As the leading payer into America’s Highway Trust Fund, the trucking industry has an important and helpful perspective to offer this debate. Despite being only four percent of vehicles on the road, trucks currently pay nearly half the entire HTF user-fee tab. The National Highway System enables us to keep the American economy humming, and we’re proud to pay our fair share to help ensure all motorists benefit from a safe and sound interstate network to get people and things where they need to go.

That’s why we’re committed to working in earnest with Congress and the Biden Administration to turn big, bold plans of modernizing and revitalizing our aging national infrastructure into a reality this year. Just as we had America’s back through the height of the pandemic—from the early-day runs on groceries and toilet paper, to the deliveries of those first shots in arms—the nation’s 7.5 million-strong trucking family is ready to play a constructive role in helping our country build back better and stronger than ever before.

Political inertia, increases in fuel efficiency and the rise of electric vehicles all make clear that the federal fuel tax will one day become obsolete as the Highway Trust Fund’s primary revenue generator. Recently, a vehicle miles traveled tax system— which would assess a fee to every vehicle for each mile driven — has gained steam in some policy circles as a viable alternative to the fuel tax that can lead our transition away from a carbon-based user fee.

Although a VMT system may very well be the funding mechanism of the future, its viability is far more complicated once you lift up the hood. A new report from the American Transportation Research Institute details the many practical and political obstacles that policymakers will need to navigate in order to ensure a smooth transition. Moving from a federal fuel tax to a national VMT tax won’t be as simple as switching lanes.

.@Truck_Research released “A Practical Analysis of a National VMT Tax System,” which assesses the requirements, costs and benefits of a system for levying a per-mile charge on drivers. by @eleanorannlamb https://t.co/QuRyGTkvww

This will be a long road and a long-term process that takes time, careful planning, and wise leadership. Getting there will require cooperation, commitment, and contributions from all stakeholders. Most importantly, we must be clear-eyed about the challenges that lie ahead in order to avoid costly pitfalls that threaten to undermine our shared goal of increased funding for roads and bridges.

Contrary to what many may assume, the fuel tax isn’t collected at the retail pump. Rather, it’s assessed at the wholesale terminal rack. That’s a critical distinction, because it requires the federal government to only collect the tax from the roughly 270 entities who operate these wholesale facilities across the country. With so few collection points, the result is an extremely efficient system with administrative costs of less than one percent – .02 cents on the dollar. In other words, more than 99 cents of every dollar paid in fuel taxes go straight to the intended purpose of funding road and bridge maintenance.

A national VMT tax program, on the other hand, will move fuel tax revenue collection from some 270 federal taxpayers to 272 million individual vehicle accounts. For every one federal fuel tax payer today, a national VMT system will require tracking and taxing 1,000,000 motorists. It is far more complicated to track and collect money from several hundred million vehicles than it is to collect the fuel tax from a few hundred large fuel providers. Not to mention that collecting revenue from a mobile and remote user group is far more complex than collecting at a fixed point of sale.

While there’s little existing research to definitively quantify what the administrative costs of a national VMT would be, the National Academy of Sciences reports that “there are no ‘low cost’ options that can be easily verified and enforced.” State-based VMT pilot programs offer some clues. In Oregon, which is home to the most advanced VMT tax program in the U.S., third-party companies are authorized to keep 40% of gross per-mile payments to cover their overhead. That means less than 60 cents of every dollar motorists pay are actually going to road and bridge maintenance.

Scaling such a program up to the national level could likely bring administrative costs down to the range of 10% to 20%. But even so, those costs would be hundreds of times greater than the current fuel tax.

An added benefit of the fuel tax is that it’s virtually impossible for motorists to evade. That wouldn’t be the case with VMT. With such a large number of vehicles to track, evasion would be a major challenge, requiring an enormous bureaucracy to catch, deter, and prosecute evaders. From ATRI:

To ensure compliance, strict terms-of-service agreements between road users and VMT tax administrators will be required with a clear process for addressing those who do not pay. For non-payers, a legal process will be needed for collecting monies owed, with the potential for civil or criminal prosecution. The associated costs to law enforcement and the judicial system are unknown but must be calculated and accrued.

The report looks at the New York City Department of Finance’s efforts to collect unpaid parking tickets as a real-world demonstration, albeit on a much smaller scale:

ATRI estimates evasion and noncompliance with a national VMT system will exceed $7.87 billion annually – a loss that will reduce infrastructure investment or be borne by compliant VMT taxpayers.

Implementing a VMT would require onboard vehicle tracking technology that can identify the granular location of a vehicle. Such aftermarket devices — or “dongles” — can cost anywhere between $100 and $300 per unit. But even if a price tag of $50 was realized due to economies of scale, acquiring these devices across the nation’s vehicle fleet would cost approximately $13.6 billion.

Moreover, achieving the buy-in and compliance of the motoring public would require a massive public education campaign. From ATRI:

The driving public will have to be educated on the details of the new program, why it is important and necessary, and how to comply with the program. For many tech-savvy drivers, this process will be straightforward. For others it may take longer. A VMT tax system would be a significant change for U.S. drivers. Federal and state governments will have to educate drivers on why the shift from a fuel tax is important, what the funds will be used for, and how to properly comply. Likewise, those who will enforce the law will also require training. Some driver technical training will also fall on the government, unless this is built into the third-party management contracts (e.g. how to install a device into the OBD, how to set up a payment account, where to return defective devices). There are no programs similar to this that have been deployed in the U.S.

Requiring GPS technology on every vehicle to track movements for government officials and third-party contractors has already drawn serious objections from civil libertarians, consumer advocacy groups, government watchdogs, and other concerned citizens. Oregon’s pilot program shows how sticky privacy issues become upon implementation. One third-party contractor requires participants in the pay-per-mile program to waive several state personal privacy protections when they sign up for an account.

The privacy policy of this CAM contractor states that “Personally Identifiable Information” and “Personal Information,” as defined by the state of Oregon, are categories of information that are collected, and potentially disseminated to certain parties, in order to manage each RUC account.

…Participants are choosing to relinquish their travel pattern data, “Personal Information” and financial information (for billing purposes) in order to voluntarily participate in the OReGO program.

While alternatives to raising the fuel tax might have political appeal for elected officials, the reality of transitioning to a national VMT presents many practical and political hurdles that policymakers will need to navigate over the course of many years. The trucking industry pledges to be a constructive partner in this process, and we’re ready to bring our logistical expertise to help Congress hammer out a workable, equitable and sustainable solution that ensures the long-term integrity of our nation’s roads and bridges, a strong foundation for our economy and the safety of the motoring public.