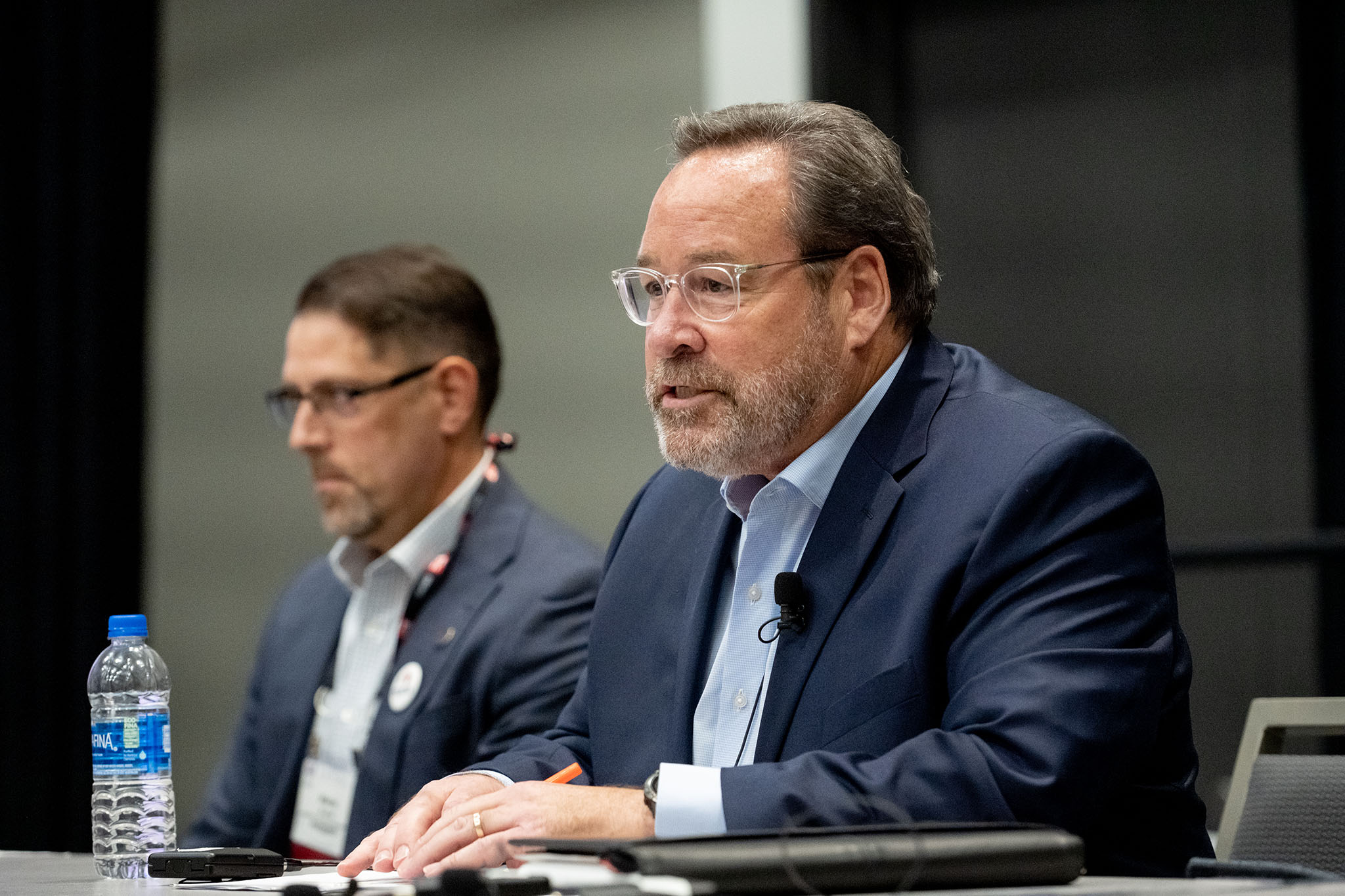 “I am humbled and truly honored to be here and to serve as your chairman of this great organization,” Van Alstine said. “It is an absolute privilege to represent the millions of Americans who move our country as part of the transportation and logistics industry.”

“Dan is perfectly suited to be ATA’s next chairman. He listens, asks questions and then takes action – that’s leadership,” said ATA President and CEO Chris Spear. “His ability to get the best out of people by challenging and inspiring them is why he makes a difference and we are fortunate to have him as our chairman.”

“I want to wish my friend and colleague Dan good luck as he starts this journey, which promises to be a truly special one,” said Sumerford. “I also want to thank my fellow ATA members and the ATA staff for their support this past year, I could not have asked for a better year as chairman.”