Louisa Swain and the Trailblazers Who Show Us the Way

The significance of this year’s national elections is amplified by echoes of American history: 2020 marks the 150th anniversary of the first ballot ever cast by a woman anywhere in the world. It happened in Laramie, Wyoming, when Louisa Swain, a 69-year-old housewife, happened by the polling place on her way to the market. She decided then she would cast a vote. The date was September 6, 1870.

It doesn’t end there. 2020 also marks the 100th anniversary of the passage of the Nineteenth Amendment. It was one hundred years ago that the adoption of the amendment was formally certified—culminating a decades-long struggle for women’s suffrage. Fifty years after Louisa Swain became the first, the fundamental right of all women to vote was now enshrined in the U.S. Constitution and secured for centuries to come.

As Americans cast their ballots this November, we’d be wise to remember the lessons that history provides. In our country’s rearview stands a pantheon of trailblazers who wrote defining moments of our shared story. Trailblazers like Louisa Swain.

Louisa and the sisterhood of pioneers who followed her lead set an indelible example that endures today. In preserving and celebrating their heritage, we’re reminded that all great movements begin with simple acts of courage. Progress has an origin, and what turns the tides of history are often the actions of one person. As individuals, it’s within our power to be that example.

Louisa and trailblazers like her exemplify the enduring power that comes from strength of character. The values embodied in their memory can guide us as we find our way, as one nation, through the great challenges and difficult debates that now lie before us.

That’s why—next week—American Trucking Associations is proud to partner with the Louisa Swain Foundation and the Wyoming Office on Tourism on a special initiative: the Louisa Swain Convoy to remember, preserve and honor her legacy. On Monday, a special wrapped tractor-trailer will embark on a week-long, cross-country journey. It will begin at the U.S. Capitol, where the Nineteenth Amendment was adopted, heading West in destination of where it all began: Laramie, Wyoming. 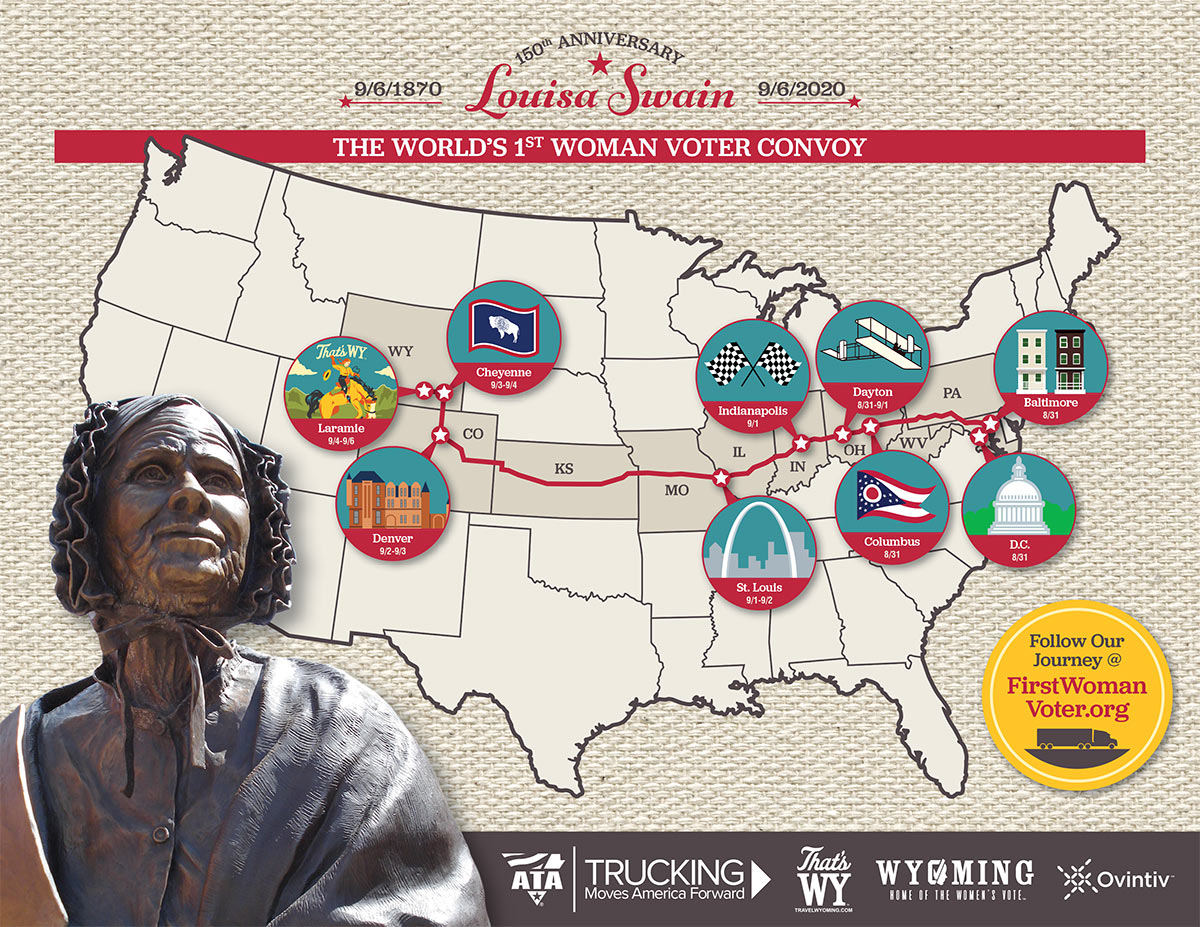 Leading the convoy will be four female professional truck drivers. Having pursued careers in a traditionally male-dominated industry, these women are pioneers in their own right. They sought the opportunity of a better living, undeterred by what barriers stood in their way. In doing so, they too have set an example—opening doors for future women to follow in their path. 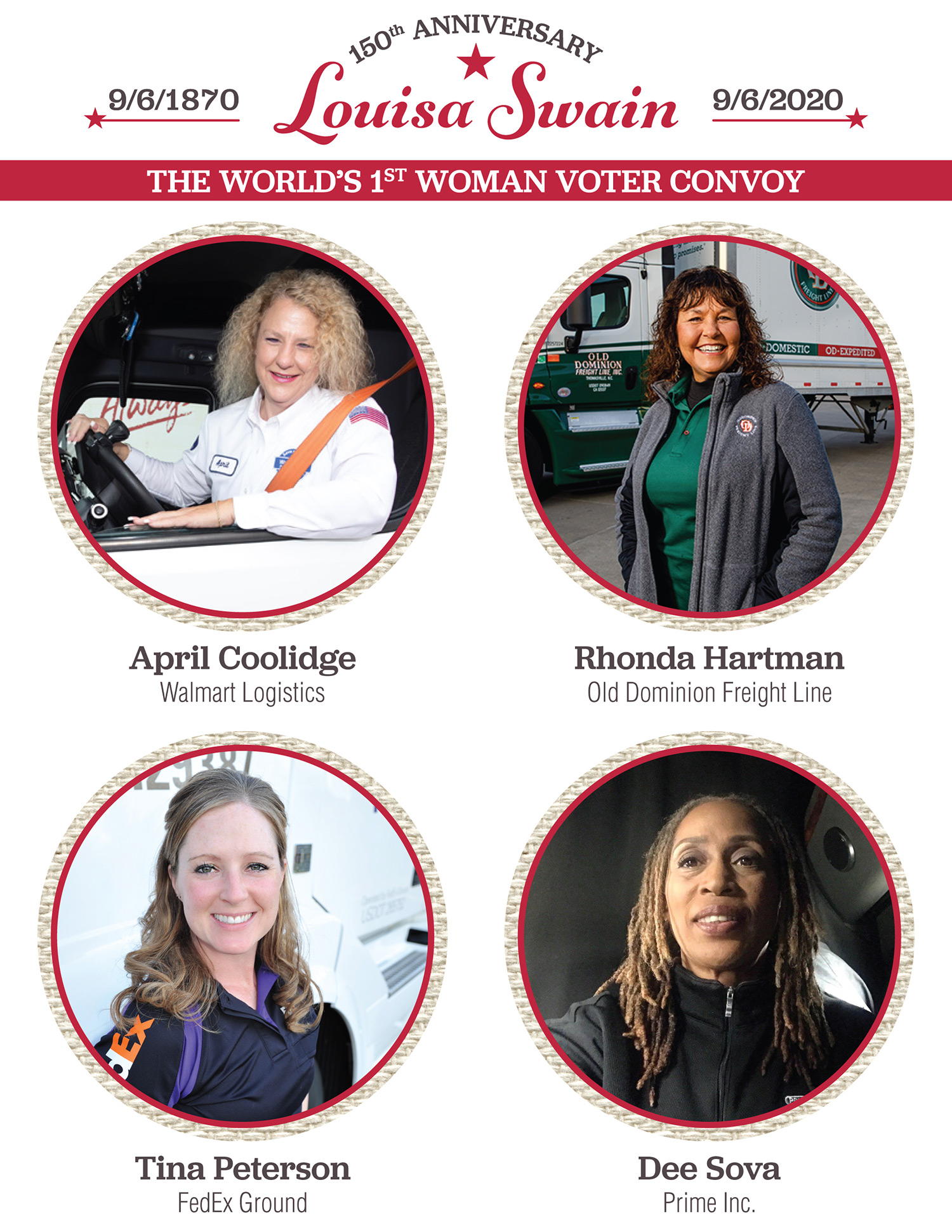 You can join them virtually on this journey by following along on social media and at firstwomanvoter.org for daily updates. Throughout the week, the convoy will make stops at historic milestones, notable landmarks and public events along the way.

The road to a more perfect union is a long one. But by looking to the trailblazers like Louisa Swain who’ve come before us, we can find the resolve to continue paving that way forward for future generations.