Real climate solutions will be driven by innovation. Fairytale mandates only set us further back.

Some groups in the climate debate are misleading the public over how and when our transportation sector can successfully and securely transition away from carbon-based fuels. The trucking industry shares the goal of cleaner vehicles and has the record to prove it: 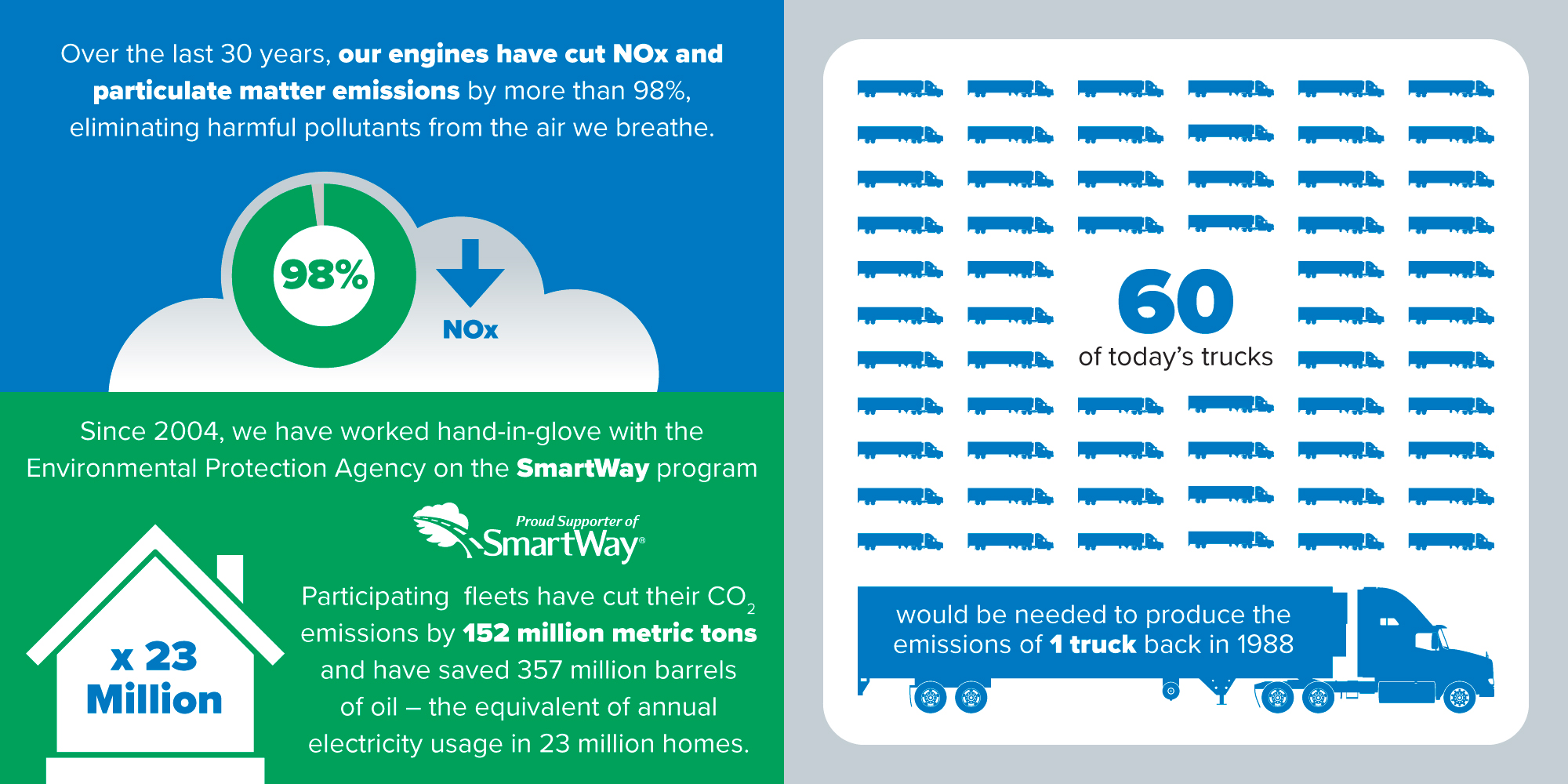 These gains show the power of innovation and are a testament to what’s possible when industry’s brightest minds get to work. Truck manufacturers continue to lead research and development into technologies that will define the zero-carbon future for freight transportation, with real promise in the areas of clean diesel, battery-electric, and hydrogen fuel cells.

The issue with government-mandated "net-zero" carbon timelines is that they kick innovation and reality to the curb — both of which are necessary to develop viable solutions that can actually be sustained over the long-term. When states like California jump the shark in banning gas-powered cars by 2035, they stifle innovation by forcing technologies to market without the necessary infrastructure and before they are scalable. The American people should know that a haphazard mad dash to decarbonization will exact human, social, economic and environmental costs. Such an approach doesn't accelerate the arrival of a solution — it prolongs it.

Over the last 30 years, the trucking industry has cut NOx and particulate matter emissions by more than 98%.

Take battery-electric vehicles, for example, which many regulators see as the go-to replacement for internal combustible engines. A new study from the American Transportation Research Institute raises profound questions for any official selling the idea that the U.S. vehicle fleet can soon transition to BEVs. Electrification of the U.S. vehicle fleet would consume 40.3 percent of the current total electricity usage at a time when our aging grid can hardly sustain current demand. California, whose residents already experience rolling blackouts, would need to generate an additional 57 percent its current total electricity output. Where does California plan to get all this extra power?

To mass produce lithium-ion batters, tens of millions of tons of cobalt, graphite, lithium and nickel will be needed, which could take as long as 35 years to acquire given current levels of global production. Expanding that capacity carries a giant environmental footprint, producing considerably more CO2 and pollution than the manufacture of internal combustible engines. In some operations, a minimum of one million gallons of water are used to produce a single pound of lithium.

Moreover, child and other exploitive labor practices are common in many of the countries that produce these minerals. In the Congo Republic, which exports more than half of the world's total Cobalt, at least 40,000 children are enslaved in the labor trade according to the United Nations.

"Children told Amnesty International they worked for up to 12 hours a day in the mines, carrying heavy loads to earn between one and two dollars a day....Paul, a 14-year-old orphan, started mining at the age of 12. He told researchers that prolonged time underground made him constantly ill: “I would spend 24 hours down in the tunnels. I arrived in the morning and would leave the following morning … I had to relieve myself down in the tunnels … My foster mother planned to send me to school, but my foster father was against it, he exploited me by making me work in the mine.”

Sourcing these minerals in the United States would be considerably more expensive. And if the environmental lobby is unwilling to grant new mining permits in our country, is it willing to subsidize the expansion of child labor industry across Congo and other less developed countries to advance its “Net Zero” carbon agenda?

A sheer lack of charging infrastructure presents another major hurdle. The trucking industry already faces a chronic and severe shortage of commercial truck parking nationwide, which strains the supply chain and jeopardizes highway safety. Electrifying the nation’s truck fleet would require more chargers than there are parking spaces currently. Bear in mind that the truck charging needs at a single rural rest area would require enough daily electricity to power more than 5,000 homes. While tractor-trailers account for only one percent of vehicles on our nation's roads, our freight truck fleet would consume 35% of the additional electricity needed to convert the U.S. vehicle fleet to BEVs.

It would take 60 of today's truck to produce the same amount of emissions as a single truck in 1988.

Lithium-ion batteries also dramatically increase the weight of trucks, meaning less freight and revenue per truck, putting even more trucks on the road. Electric trucks are also significantly more expensive; a typical new Class 8 diesel tractor costs around $135,000 compared to a Class 8 BEV that prices around $400,000 on the low end. Considering 96 percent of U.S. trucking companies are small businesses that own 10 trucks or fewer, these prohibitive cost increases would decimate countless trucking fleets across the country — sending shipping rates soaring to astronomical highs, and triggering a supply chain apocalypse that would make the crisis of these last couple years seem like a fond memory. This inflationary hellscape would raise poverty rates across our country and push life's basic essentials out of reach for many.

We must be clear-eyed about these realities as our nation works toward a viable climate strategy. If we let innovation drive this process, we can navigate the myriad obstacles that must be overcome. But if we allow government to dictate premature solutions without the right conditions and necessary support, we'll only delay the arrival of our shared end goal. The trucking industry is doing its part in this effort, and we seek more partners in government who are willing to lead with facts, not fairytales.