John Smith has been chairman of CRST International Holdings, LLC, a national truckload and flatbed carrier since 2010

John started with CRST in 1971 and has held various roles in the organization including president and CEO from 1987 to 2010. He is also an active member of several industry groups including American Trucking Associations, the Truckload Carriers Association and the Iowa Motor Truck Association.

John is currently secretary of the American Trucking Associations, the largest national trade association for the trucking industry. Through a federation of 50 affiliated state trucking associations and industry-related conferences and councils, ATA is the voice of the industry America depends on most to move our nation's freight.

John has degrees from Cornell College and the Cornell University School of Business. He and his wife have three children 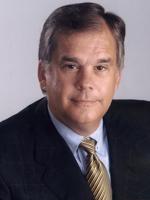