Business Insider is advocating marijuana use for truckers. We disagree.

It takes a fully-loaded tractor-trailer traveling at highway speeds the entire length of a football field – plus both end zones – to come to a complete stop. 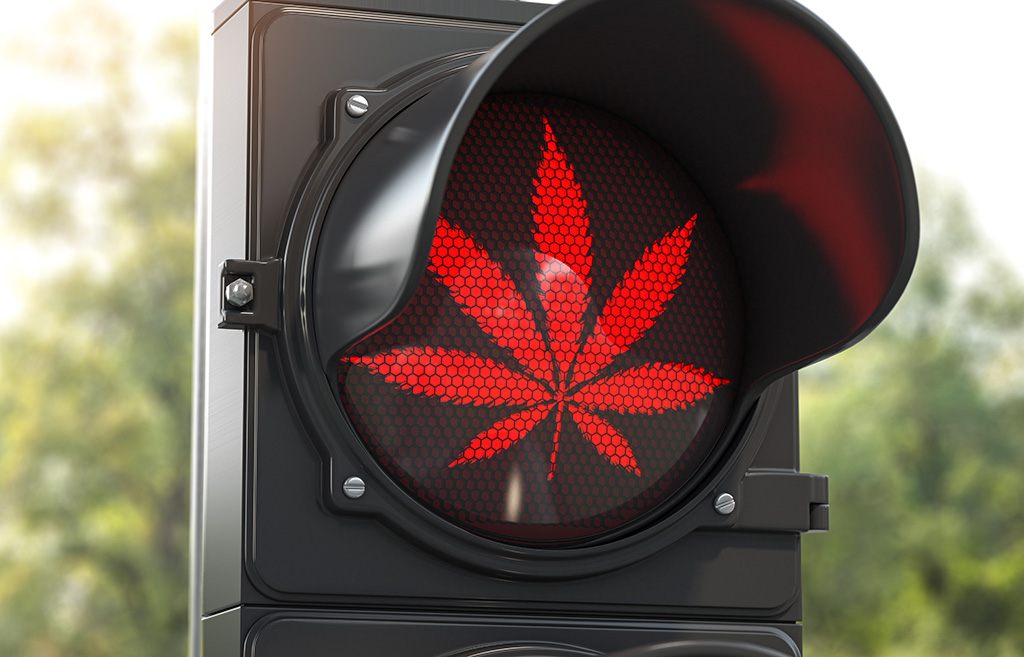 In a recent Business Insider article (The trucking industry is doubling down on booting marijuana smokers, and it's getting a little ridiculous), Rachel Premack takes shot at the trucking industry for our support of policies aimed at keeping the nation’s highways safe and drug-free. In this half-baked piece, she essentially tries to make the following argument:

That’s some seriously disjointed logic, so we’ll try to unroll it here.

The foundation of Premack’s position is that marijuana is “less harmful” than other illegal substances. That may be true, but it’s also irrelevant. The pertinent question here is: Does THC impair a driver’s ability to safely operate a motor vehicle? And to that, the science says yes.

It takes a fully-loaded tractor-trailer traveling at highway speeds the entire length of a football field – plus both end zones – to come to a complete stop. Call us “ridiculous,” but we want to ensure drivers’ reaction time and motor coordination are not impaired when operating vehicles topping 80,000 lbs. We’ll agree to disagree with Premack on that one.

As Premack notes, no standardized field sobriety test for marijuana exists. Indeed, this urgent problem needs an immediate solution as more states legalize medical and recreational use. That’s why we support the lifting of federal restrictions on marijuana research and are calling for more research into marijuana's impact on impairment.

But until a reliable impairment test and more actionable data are available, we believe employers must retain the right to test for marijuana if the employee holds a safety-sensitive position. The safety of the motoring public must come first, and motor carriers need effective tools to ensure drivers are not impaired when behind the wheel.

The trucking industry is clear-eyed about shifting public opinion on marijuana, and we’re not seeking to reverse legalization efforts in states across the country.

Premack asserts this isn’t a real danger because an employment lawyer from New York City told her it’s “unlikely” marijuana users will show up to work high. That may be enough assurance for her, but hold ourselves to a higher safety standard. Not to mention recent studies that show impairment in heavy users persists long after the high is gone.

The trucking industry is clear-eyed about shifting public opinion on marijuana, and we’re not seeking to reverse legalization efforts in states across the country. But while impairment and testing standards are being researched and developed, we believe commonsense measures should be in place for workers whose jobs directly impact public safety. And as an industry that operates in all 50 states, we feel the federal government has an important role to play.

Since marijuana use is higher among younger generations, Premack argues that a more open policy on weed would help the industry recruit younger populations into trucking. How can the industry “shout” about a driver shortage on one hand and "double down" on the Drug and Alcohol Clearinghouse, she wonders?

Of course, the industry cannot simply fold on the Clearinghouse, which is mandated by Congress and enforced by the Federal Motor Carrier Safety Administration. And it exists for good reason: to prevent drivers who were terminated by one carrier for failing drug tests from getting right back on the road with another carrier. In Premack’s world, verifying drug violations should simply rely on the honor system.

It’s true that the Clearinghouse has added extra pressure to an already tight driver market. But the false-dichotomy fallacy aside, herein lies a question of priorities. While workforce development is a high priority for our industry, we place highest priority on safety. We believe there are ways to remedy the driver shortage without compromising the safety of the motoring public.

The industry cannot simply fold on the Clearinghouse, which is mandated by Congress and enforced by the Federal Motor Carrier Safety Administration.

Besides, marijuana isn’t the biggest barrier of entry into trucking for younger populations, as she implies. The biggest barrier to entry is federal regulations that literally ban them from participating in interstate commerce to begin with. Although 49 states plus the District of Columbia permit 18-, 19- and 20-year-olds to operate large commercial vehicles within a state, federal law prohibits them from crossing state lines.

By denying them the opportunity to participate in interstate commerce—where openings and pay are found in greater numbers—high school graduates are drawn instead to other professions, like construction and foodservice. By the time they turn 21, many have already settled another career path. Rather than being a career of first choice, the federal interstate ban turns trucking into a career of last resort. As a result, the average age of a new driver entering the industry is 35 years old.

Premack’s business advice to motor carriers ignores another glaring reality. One of the greatest challenges facing trucking companies today is a pervasive climate of lawsuit abuse. By perverting the civil justice system into a profit center to line their own pockets, trial lawyers have grown adept at inflaming jurors to render nuclear verdicts against trucking companies that are untethered to actual responsibility for the crash at hand and entirely disproportionate to the harm it caused. This has wreaked havoc for insurance rates, punishing all motor carriers regardless of their safety record.

Needless to say, the permission of marijuana use amongst the driver workforce would be a bonanza for the plaintiffs’ bar and send insurances skyrocketing to the moon, creating a real bloodbath for the industry.

Perhaps it’s a good thing Big Rachel’s Trucking doesn’t actually exist. It wouldn't be in business for very long. We’ll handle our job of moving the American economy forward, safely and efficiently, so that Premack can focus on getting more clicks.

Go further: A Trial Lawyer and a Conman Walk into a Burger King